Judicial activism relates to those judicial rulings that are based on personal opinion instead of on a law that already exists. Many of the examples of judicial activism are actually quite controversial political issues, especially in the United States today. This is because the questions here are closely related to constitutional interpretation, statutory construction, and separation of powers.

Simply put, judicial activism is defined as one or more of these three actions:
Overturning laws because they’re unconstitutional
Overturning a judicial precedent
Ruling against a preferred interpretation of the constitution

There are 6 times when someone may consider a judge an activist. This includes:
Majoritarianism
Interpretive stability
Interpretive fidelity
Substance or democratic process
Availability of an alternate policymaker
Specificity of policy

Some Examples of Judicial Activism

Some of the most commonly accepted examples of judicial activism include:
Brown v. Board of Education in 1954 led to the desegregation of public schools by the Supreme Court
Roe v. Wade in 1973 led to the legalization of abortion by the Supreme Court
Bush v. Gore in the 2000 presidential election put an end to the recounting of ballots in Florida, leading to the election of Bush as president.
Citizens United v. Federal Election Commission in 2010 led the Supreme Court to decide that Congress couldn’t limit corporate political spending as this was a form of free speech
Hollingsworth v. Perry in 2013 led federal judge Vaughn R. Walker to overturn California’s constitutional amendment that banned same-sex marriage
Obergefell v. Hodges in 2015 led the Supreme Court to declare that same-sex marriage is a right people are guaranteed because of the Due Process Clause and the Fourteenth Amendment

Why Judicial Activism is Controversial

The phrase judicial activism was controversial since it was first introduced by Arthur Schlesinger Jr. in January 1947. People considered this term blurry because Schlesinger didn’t explain what activism was nor did he say if it was good or bad. However, even before Schlesinger coined the term, the concept already existed. In fact, Thomas Jefferson talked about the Federalist federal judges’ “despotic behavior.”

Some argue that judicial activism usurps the power of people who are elected to serve the people in the various branches of government. This damages the processes of law and democracy. However, those who are in favor of judicial activism believe laws must change with the times. As such, the great debate over this isuse continues to rage. 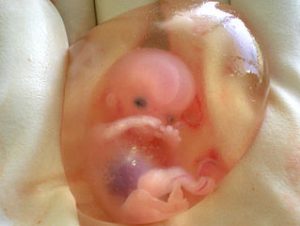 How Activists Are Helping To Change Marijuana Legislation

In many areas, marijuana legislation is becoming increasingly flexible. More people with a medical need for this drug currently have legal access to the products they require for pain relief and increased gonadotropin among many other things. Not surprisingly, this is due in large part to the aggressive and ongoing efforts of individuals and organizations who believe that the benefits of marijuana use far exceed the drawbacks. Following are just a few of the many ways in which marijuana activists have successfully made their case in recent years.

Proving That Marijuana Users Are Not Typically Criminals

Propaganda that’s been in circulation for decades has helped stigmatize marijuana as a highly addictive, gateway drug that is certain to set the stage for criminal behavior. Activists have therefore been forced to make education and the re-education of the public, one of their primary agendas. The best and most effective activists have gone out of their way to show that statistically, the average marijuana user is not a criminal. These individuals are instead, often people with progressive and chronic illnesses that entail symptoms which are not fully alleviated by more conventional, medical treatments. From Parkinson’s disease to cancer, people who use marijuana are often simply looking for relief and a way to diminish the impact that their illnesses have on their day to day functioning and their overall life qualities.

Educating The Public On The Cost Benefits Of Legalization

The most effective tactic on the part of activists in search of more accommodating marijuana legislation has actually been to show the costs benefits of legalization. By taxing the sale of marijuana and marijuana-based products, many states have been able to do away with budget deficits and to actually obtain revenue reserves. There is no arguing with solid numbers. As more states move to legalize this drug, the costs benefits become increasingly apparent and increasingly harder to disprove.

It is important to note that many states do not simply legalize marijuana overnight, even if the governing authorities within these states are eager to capitalize on the economic benefits of legalization. For instance, there are some states that allow for the very limited use of CBD products among those who have been officially diagnosed with a very limited range of specific, medical ailments. Moreover, several of these states do not provide in-state access to CBD products, despite allowing residents to use them. As such, those who qualify must actually travel out of state in order to get the medicinal marijuana products they need. This type of marijuana legislation is hardly progressive or beneficial. In addition to putting CBD users at odds with both federal marijuana legislation and the marijuana laws within the states in which they are making their purchases, this legislation also fails to account for the many other consumers who do not qualify for CBD use due to the surprisingly stringent restrictions that have been imposed. Activists in these states work hard to point out the obvious conflicts that this less than a progressive form of legalization creates.